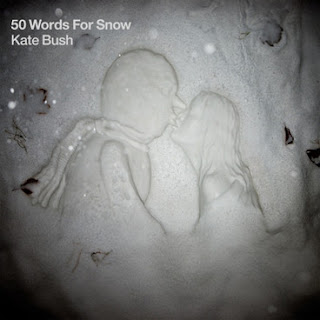 A new album from Kate Bush, her second this year (which is amazing given the six years since Aerial) and I am in love all over again.

Of course, I have loved Kate Bush with a peculiar passion ever since my first drama lesson with Mrs Derritt in Year 7 (1978). She adored Kate Bush and used her music to get us in the mood for all sorts of out-of-our-comfort-zone acting exercises, and it worked wonderfully well. I don’t know what it was but hearing “Wuthering Heights” or “The Man With a Child in Her Eyes” calmed us all down, and drew us into a zen-like place, and the room quietened down quickly, which was damn near miraculous for a room full of newbie teenagers. Clearly Mrs Derritt knew what she was doing after years of dealing with hormone-fuelled 13 year olds and it’s a lesson I will remember should I ever need to quieten a room of restive Year 8s, but the greater gift she gave me was an appreciation for the music of Kate Bush, something I will always be grateful for.

Yes Kate Bush is as quirky and idiosyncratic as they come but that is part of the attraction for me. She refuses to play by the usual rules of the music business, releasing music when it suits her, which is maddening for fans who want regular doses of her ethereally beautiful songs, but perfect for her since she creates art when it is ready to come forth. You get the feeling almost instantly that these songs are perfectly ready, and have arrived at the right time, and in the exact form that Kate intended them to take. None of them feels like it shouldn’t be there, and all of them explore the concept of snow, a loose theme running throughout, in their own perfectly formed way, with Kate’s offbeat but intelligent and evocative lyrics paired with the melodies that carry them aloft like they have always been together, and will be for eternity. 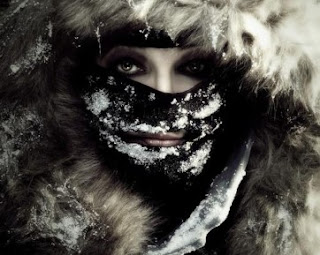 Another thing she refuses to do is release radio-friendly length songs (at least now), which isn’t a massive issue since it’s unlikely the myopic teen pop heavy play lists of commercial radio would accommodate her anyway, and nowhere is this on better display than her new album. It only has seven songs but each of them run for anywhere between 9 and 13 minutes, and meander with a casual grace so beguiling you don’t begrudge a second of it. She allows the song to unfurl like flowers greeting the morning sun, finding their place and melody at an unhurried pace that soothes the soul, and draws you into a cosy world of ambient beauty, and that is her greatest talent I think.

She is unafraid to languidly draw you in. This is an album that, while beautiful and entrancing from the first notes of “Snowflake”, through to the spine-chilling sweep of “Among Angels” takes its time to fully envelop you, and in a world as hurried and rushed as ours, hostage to sound bites, and 15 second ads, that is a very good thing. It uses some light brushes of electronica from time to time, but mostly utilises Kate’s delicate piano-playing and emotionally-rich voice to run the gamut of emotions from trying to find love, mourning lost love, and even hunting for wild men. The delight of her voice, as always, is how emotionally complex it is. You could easily dismiss its breathy floating tenor as inconsequential if it weren’t so gorgeously suffused with the most complete palette of emotions that I have ever heard from any artist. I cannot listen to any album of this musical genius (because that’s what she is) and not have my emotions be affected in ways that many of the current popettes can only dream about. 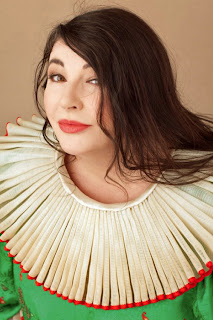 This is an album with little of the standard modern pop elements to recommend it – no snappy quick 3 minutes bursts of sound and fun (save for “Wild Man” which is as close to a single as this album gets) or easily accessible songs that burrow their way into your brain almost instantly – but I care not. For what it does have is an artistry and a beauty, and an emotional resonance that will reward you taking the time to explore it, and once inside your soul, will never stop affecting you for a moment. It is deep, pure, gorgeous and delightful.

This album is an experience, a work of art that will delight you in ways you cannot even begin to contemplate, and you must give into it, and let you become part of you. You won’t regret it for a moment.