I am not a massive fan of hype.

Odd you may think since we extrovert creative types generally all the over boiled melodrama we can get our hands on, feast on it for months till the marrow is all sucked dry, and then moe on to the next over wrought incandescent piece of hyperbole. But too often I find that hype does a disservice to the event/film/song etc being promoted, and rather than lifting it up, almost succeeds in tearing it down, or lessening it’s impact. The product may be the bext thing since sliced bread, but with peoples’ expectations build up by a relentless tide of “This will be HUUUUUGE!!!!”, the only realistic outcome is disappointment.

I would much rather the merchants of hype simply promoted it and let the event etc fall or rise on it’s own merits. Generally, if it’s good, it will shine anyway, go viral on the internet, clog airwaves everywhere, and become it’s own piece of self-sustaining pop culture fun, floating into everyone’s consciousness till it is supplanted by the next sparkly piece of zeitgeist-ness. But somehow, I think my hope is forlorn, and we will continue to get bombarded by ceaseless hype till you cease to care about what’s being promoted, or doggedly keep caring, and find the song etc diminished by the expectations placed around it. 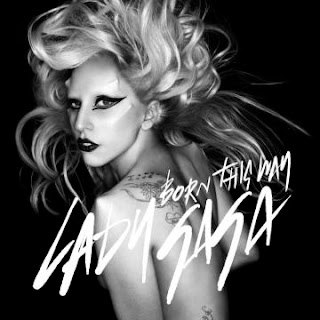 Such is the case with Born This Way by Lady Gaga. The way it was promoted you would have assumed she, Jesus and Buddha had got together, made a baby who became the Messiah mark 2 and was coming to make us all joyfully happy and eternally love with mung beans and marmots. It verged on the ridiculous. I like Lady Gaga’s music a lot, love her idiosyncratic style and find her fun and interesting, and a definite talent who leaves other female popsters looking pallid and talentless in comparison.

But the insane level of hype that accompanied this song means that while it is very good, with empowering lyrics that speak to me as a gay man, and a catchy disco vibe, I am actually disappointed by it, and I daresay, much like other things before it – Jurassic Park springs to mind – once I distance it from the hype, and let it stand on it’s own two sonically pleasing feet, that I will love it. Possibly….

But right now it’s a victim of hype, and I am not happy that some trigger happy publicist has soiled what could have a been a moment of shiny pop perfection….