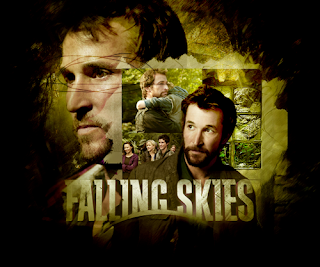 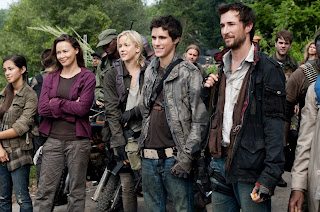 This is an awesomely good show.

From the gifted hands of Steven Spielberg, this show focuses on the aftermatch of an alient attack on Earth where 90% of humanity has been killed outright, and the survivors have either given into survival of the fittest behaviour, begun collaborating with the enemy, or in the case of Noah Wylie’s Tom Mason, taken up arms in resistence to their occupiers. What marks it out as a show to watch is that it is less concerned with boom bang action, although that happens, and is done very well, than with showing how humanity would handle such a massive destructive change in their day to day reality. Naturally, given humanity’s dogged will to live, the majority of people join together and fight back, organised into groupings comprising military fighters and large blocks of civilians.

Given the devastation that the aliens have wrought, the tales of loss are legion, with victims being both living and dead. The living victims, mostly children & teenagers have been ‘harnessed’, with a bio mechanical creature being placed on their upper back which then fuses with their central nervous system, making them effectively complaint slaves for their alien overlords. This adds to the poignancy of the survivors grief – many of those they have lost are enslaved and not dead at all, and the survivors long to wreak vengeance but also gather back those they have lost where they can.

But as with so much of life, nothing is simple, and as you’d expect when the invaders are technologically powerful beings from another world, the struggle is very much a David versus Goliath one, with every step forward coupled with many steps backwards. Add into that, the fact that not all of humanity is acting nobly, which makes sense since that doesn’t happen now when civilisation at least counteracts the worse excesses of naked self-interest, and you have the makings of an interesting exercise in ‘What would happen if..?’

But it’s all grounded ultimately in the basic decency and humanity of Noah’s Wylie character, who in microcosm has suffered many of the losses of mankind as a whole – his wife died in an alien attack, one of his sons, now snatched back, was harnessed, and he is second in command of the 2nd Mass., as they’re called, to be the voice of the every man, the civilian, and it’s through his eyes largely, that the series explores what it means to be human in the most extraordrinary of circumstances.

It will be tough waiting a whole year of more episodes but the series has got off to an exciting, intruguing start, and I wait with baited breath for series two…. 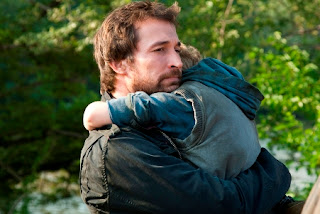 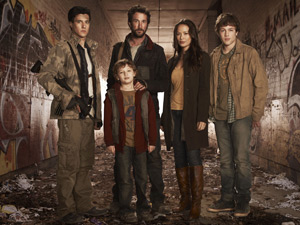