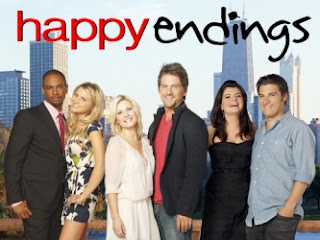 I had heard a lot about this show. It was supposed to be a Friends-rip off that started slowly and unevenly, stumbling its way forward, in constant danger of being cancelled. That it only picked up mid way through the first season where it finally found it’s feet, was ordered for a full second season by its network and grew into a sitcom-ic juggernaut. However you sliced and diced it, and even with that improvement in its fortunes, it was not exactly being sold to me a show worthy of being included in my viewing schedule.

So to be honest, when it premiered on Aussie TV a few months back, I ignored it. I, to my now great unending pop-culture junkie’s shame, listened to the naysayers, including a reviewer in The Sydney Morning Herald’s The Guide, and didn’t even record it for later viewing. I didn’t even give it a chance.

Fast forward a few months and I have finally seen the show’s pilot episode. Yes, the episode that I had avoided, ignored, and shunned, and frankly I feel like a fool.

Because Happy Endings is VERY FUNNY.

No seriously it is freakin’ hilarious. Like lots of pilots it has work to do in finessing the characters, but it is definitely one of the better pilots I have seen. Each of the characters was fleshed out extraordinary well considering they had 22 minutes to resolve a plot line, introduce six characters and establish the dynamics of the group… and make us love them all. 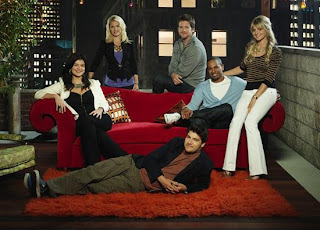 They managed to do all that, and yes I love them all. All six friends – married couple, Brad and Jane (Damon Wayans and Eliza Coupe), ex-fiancees, Dave and Alex (Zachary Knighton and Elisha Cuthbert) – whose aborted wedding is the centrepiece of the pilot episode since it has ramifications not just for the couple but for the group as a whole – and fake boyfriend and girlfriend, gay Max (Adam Pally), and unlucky in love, Penny (Casey Wilson).

I love too that they live in Chicago, that they trade witty clever bon mots that mere mortals couldn’t come up with in everyday conversation and I love that the dynamic in the group is affirming and caring, and that the writers don’t rely on cheap jokes, and half-arsed caricatures, and put down jokes to establish how these people relate to each other. They rib each other like good friends do but it’s done from a place of affection, and mirrors the way real friends interact.

Does the ghost of Friends, template for all ensemble sitcoms that followed it hang heavy over Happy Endings? To an extent yes, how can it not? But this show is really it’s own creation, with a unique take on what 21st Century life is like for singles and couple people alike.

I can see why it has gone gangbusters. It’s funny, clever, with real people you can engage with, and if you’re going to commit precious time to a show, that’s the least you should expect. The good thing is Happy Endings is likely to exceed this minimum standard again and again, and I can’t wait to see where my new friends take me next.