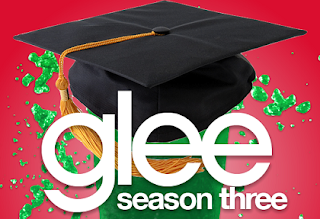 Have you ever become fast and firm friends with someone who has charmed and delighted you every step of the way till one day they make an almost insulting remark, or appear disinterested in what you have to say, before bouncing back the next day as if nothing ever happened?

Sure you have. It isn’t something any of us enjoy, but people being the contrary beasties that they are, can often send mixed signals when what we crave is caring consistency. Still, you hope and pray that those who you truly madly deeply care for will be there staunchly the same day in and day out, come what may.

The same thing applies, let’s be honest to the media we consume. Yes we want our music artists to grow and change, and our TV shows to experiment and boldly go place no TV show has gone before, but we want to stay consistently mind-blowingly good while they do it.

I would like to say that Glee managed to do this during their sophomore season but alas they didn’t and while I watched every episode, I found a number of them  disappointing to watch to the extent that it took a lot of effort to complete the season. Characters didn’t play true to type or became discordant one-joke caricatures (thinking Sue Sylvester), romantic entanglements approached almost Melrose Place levels of silliness (by the end of the season everyone had pretty much dated everyone it seemed) and the story lines were often pointless, or just plain mean-spirited and aimless. I just didn’t enjoy watching it any more, a horrifying realisation at the time since I had adored this show almost from the first frame of the pilot. 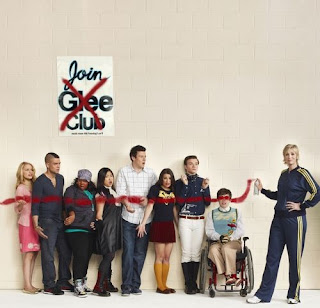 Apparently I was not alone, and the creators of Glee, Ryan Murphy and Brad Falchuk realised that they have lost their way somewhat and to their credit admitted as much. In fairness to them, it must be exhausting producing 24 hours of television a season and making sure that you stay right on course though all of it. But I think the basis of the criticism was that they didn’t just veer off a little bit, but they went careering off over the fields, threw away the map and hoped they would eventually find the road again.

Well fortunately they have not just found the road, but are screaming down the freeway, and Glee is back doing what it does so well – telling stories about a bunch of musically-inclined misfits in a high school trying to find their way in life, and singing as they do it. Yes it does have a slight air of been-there-done-that but that is inevitable to some extent, and hardly detracts from the freshly reclaimed vibe the show has in spades. Yes Sue is still a tad too one-joke for my liking, but then they have tried to broaden her character out on occasion which has worked well, and I guess they are counting on viewers remembering those moments she displayed a humanity other that wasn’t verging on the cartoonish. But Rachel and Kurt are still dreaming of the bright lights of Broadway, Finn is back with Rachel, and Kurt and Blaine are closer than ever.

So frankly what’s t complain about? They are singing and dancing and back to being the bright shiny friends we know and love, and it’s great to have them back! 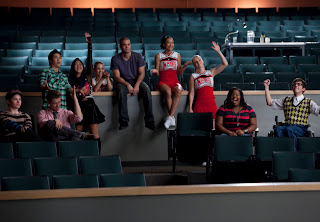