Skip to content
It’s 1976, and along with the rest of Australia I had fallen hopelessly, irrevocably (in my case anyway) in love with Swedish superstars ABBA. I loved how they looked, how they talked (with that delightful clipped accent), and most of all, of course, I loved their crisp, bright pop melodies, and the gorgeous layered vocals that matched them perfectly. I couldn’t get enough of them.
Fast forward, ahem, quite a few years (you do the math!), and I still love ABBA. Perhaps not with the same fervour I once did, but I love them. Their music is still among the most exquisite perfect pop I have ever heard (and with 8000 plus tunes on my iPod, I have heard a lot of great pop music) and it is a joy to listen to any of their songs, yes even the later darker ones that most people don’t know about. It is not a nostalgia thing per se; while I value my past, I don’t live in it, nor venerate it, and I love the thrill of powering into the future wondering what wonderful surprises await me.
No, what it is is a profound love of good soul-nourishing pop music, and I am not sure why but the Swedes and their fellow Scandinavians are preternaturally gifted at creating the most innovative, catchy, enticing pop. The key word here is innovative. It’s not that no one else produces great pop music that I like – they do, among them Coldplay, Yusek and Annie Lennox, and it is beautiful and delights my pop-loving soul.
But the Scandinavians seem to have this knack for creating pop that is both beautiful and clever, that beguiles and entrances, that makes me want to listen to them again and again. I don’t think it’s simply ‘the ABBA effect’ that makes me seek their one-of-a-kind pop out; that listening to all their brilliant songs predisposed me to liking a lot of other artists from their part of the world. That certainly didn’t happen during the 80s or 90s, when I listened to lots of music that was far more mainstream.
But sometime in the early Noughties, as some are want to call the first decade of the 21st Century, I started listening to more and more music that wasn’t on the charts, that flew beneath the pop culture radar. It was partly discovering Rage in the early hours of Saturday morning when all of the more obscure stuff gets played. It was also partly discovering the richness of music on iTunes (yes iTunes thank you – you just need to dig down and follow the threads of connected artists), YouTube, and even, my local record store HUM.

All of these avenues led me to music that hadn’t registered with me previously nor it seems with the populace at large. It was daring, fresh, dare I say even fun, and to my surprise, a great deal of the really top notch material was Scandinavian. I shouldn’t have been surprised with ABBA as a precedent but in the intervening years between my teenage love affair with them, and my grown up self, I had lost sight of how the music from that idiosyncratic in-all-the-best-ways part of Europe truly was.
And it is very good. Artists like Robyn, and Lykke Li manage to marry insanely catchy pop with lyrics that do more than celebrate being on the dance floor or kissing a hot guy you’ve just met. It is insightful, poetic and ins some cases, melancholic. But it always says something interesting, speaking from the heart about life as it really is in a way that a lot of other pop music doesn’t do. Of course there is nothing wrong with pop music that mindlessly bops along, and no one wants to feel they’re interpreting a thesis every time they hear a song on the radio or via their iPod, but it is good to know that when you want music that can both sonically enthral and engage the mind, that the music is there, and will, more than likely have come from the clever hands of a Scandinavian artist.
So who are my favourites among this talented bunch of northern European artists? 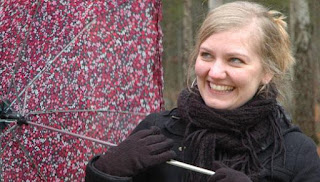 Not so much a solo act as I initially thought, they are in fact a duo made up of vocalist Sally Shapiro (not her real name) and musician Johan Agebjorn, who officially make what’s called Italo disco/synthpop.  Their music is relentlessly lushly melodic and while the lyrics may not be as rich and insightful as their compatriot above, the emotional range they bring to the table is considerable and elevates their pop to a cut above most of the fare out there. They have a sense of wonder at life, and all it’s many facets, and Sally sings with an almost childlike wonder at times. 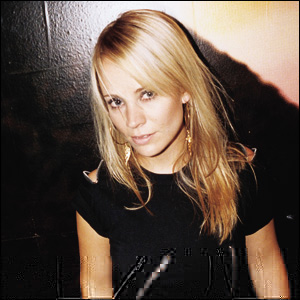 She describes her music as “pop with strange edges” and it’s a totally unique mix of electropop and synth pop. Her breakthrough album was Anniemal in 2004 and it established her as an artist and DJ that was not afraid to make edgy pop that defied easy categorisation. It’s bright, frothy pop confection but don’t let it fool you – it’s not disposable pop and she writes about stuff that matters (the song ‘Marie Cherie’ for instance is about a girl who kills herself after being abused by her alcoholic father). Once again, intelligent pop that will last. 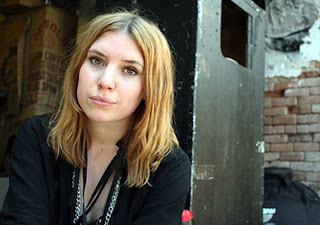 Another unconventional pop princess and all the better for it. While her earlier efforts were a reasonably sunny mix of pop, rock and some electronica, her newest album, Wounded Rhymes, took a more melancholic turn, articulating darker themes of lost love and life’s disappointments. Amazing themes for a 24 year old to be grappling with but pain and sadness are no respecter of youth, and Lykke Li does an awesome of expressing these emotions with a vocally and emotionally powerful delivery. Yes she will remind you that you can get your heart busted in two as you walk through life, but her music is so powerful and yet fragile that you won’t mind a bit. 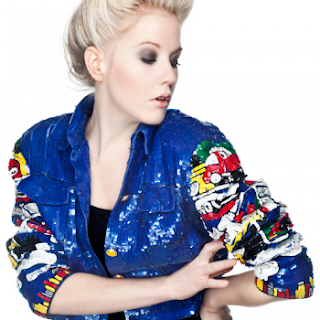 I have only recanted discovered this artists, thanks to an awesomely good music blog called Popservations (an inspired name if ever there was one!) and I am loving the music of Ester Odeskog (vocals and songwriting) and Sebastian Forslund (production). It is one of those catchy pop albums that runs the gamut from up-on-the-floor dance (“Make Me, Break Me”) to slower but no less melodic songs like “Bad Day”. The melodies, propelled by driving synth beats, are impossible to resist, and this is exactly what Ester had in mind as she told must.com when they interviews her recently:

“Intoxicating and sticky. The songs are made from nerve and dressed in catchy melodies with deep beats. I want to create a stickyness to each melodi that makes it impossible for the listener not to want more! The melodies are my babies!”

She is definitely one to look out for and I predict big things for this talented in the not too distant future.

So they’re the Top 5 but surely you say there must be more artists than that bursting forth the creative hotbed that is Scandinavia. Of course! I haven’t mentioned artists like Norwegian electronica masters, Royksopp because they are so well known and my object in this post was to highlight the people that have slipped beneath the radar.

I adore and love them, as well as the very lovely and talented Jenny Wilson (despite the name as Swedish as they come), Inga Liljestrom, The Perishers, Britta Persson, and Icona Pop. They are all deliciously, wonderfully idiosyncratic and I think that’s what makes them so attractive. They make music that is utterly unique and so different to anything else around, and in a world of homogenised everything, that is such a rarity. (You can see their clips below).

Go ahead and discover it all! Your ears and soul will thank you.