What would happen if overnight, or even instantly on air, all the presenters on all the vapid entertainment shows suddenly started saying what they really thought about the celebrities they report on day in, day out? Why, my friends, it already has (kind of) and this much needed phenomenon’s name is Kathy Griffin! 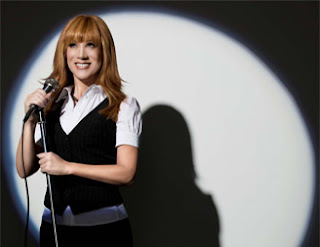 Simultaneously celebrated and reviled, depending on who you are, where you sit in the celebrity stratosphere, and how much of a sense of humour you possess, Kathy Griffin tells it like it is, and thank the pop culture gods for that! In a society where the media reports on celebrity news with the same breathless excitement they reserve for earthquakes, and dictators falling, it is so refreshing to have someone spill the beans, speak the truth and yet somehow not come out as bitchy or troubled. Somehow, Kathy Griffin manages to say the things we’re all thinking, do it far more hilariously than we ever could, and come out sounding just like anyone else around a really hip, fun water cooler.

Well, an ‘anyone else’ who inhabits almost the same rarefied air that the celebrities do which makes her pithy observations all the more amazing. This is a woman who hangs out with Cher – a story relating how neither she nor Cher had any idea how to order pizza delivery one night was priceless – is close friends with Joan Rivers, and yet still pulls off the deft acrobatic trick of being high in the pop culture firmament (despite her D-List protestations, which she has parlayed into a very funny reality series) while dissecting it with surgical precision. 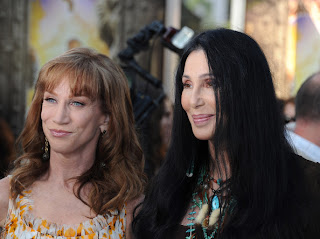 The beauty of her stand up routine is that she is never truly nasty. Yes she has the audacity to suggest the gushy gossiping emperor has left the house without his designer threads, but she never ridicules his excessive weight gain or lack of oral hygiene. What she does do, whether it’s when she’s suggesting that Justin Bieber’s hairstyle has a certain lesbian chic, or that Oprah may be a tad too bombastic even if she is our supreme ruler and overlord, is articulate that, glittery though the pop culture firmament may be, that it’s inhabitants may sometimes throw themselves with abandon into the Land of the Truly Ridiculous. It may be intentional, with slick marketing precision backing it, like the Kardashians, or Oprah (who featured prominently in tonights show) or unintentional like a certain British-based movie star married to pop music royalty, but it is more than a little silly and Kathy Griffin has the audacity to say so.

She is often deliciously crass and profane doing so, but she is unflinchingly honest, daring political correctness to violate the restraining order and come near her. And that’s perhaps the central joy of her routine. In a time when we are all strait-jacketed by the twin evils of excessive political correctness, and over the top celebrity worship, she busts down the door like a SWAT team in funky jeans and tight T’s and gives us permission to laugh at the sheer silliness of that which we are instructed to treat with due toadying deference. 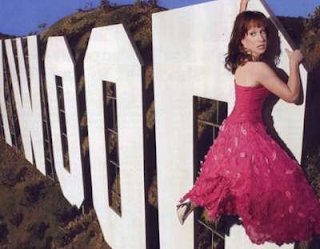 She does tiptoe close to the edge of the abyss of Gone Too Far – hell she runs up to it, gives it a French kiss and demands to make garishly-clad celebrity babies with it! – and you’re thinking ‘No you did not!’ but then you laugh and realise it feels damn good. Perhaps you’re courting disaster to talk about doing a stand up routine in front of a largely deaf audience and imitate their laughing, or describe your dog eating a used condom recently filled by your 33 year old toy boy (she’s 51 and jokingly described her new relationship as ‘shameful’) but it is funny, and thank the gods, it is honest, and we’re all the better for it.