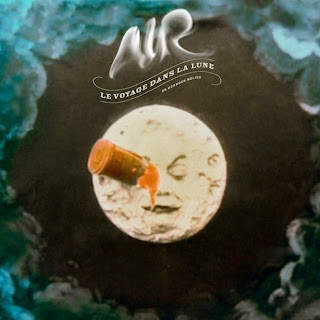 The atmospheric spacey melodies of Air, a French outfit known for their ethereal electronica, are back in (admittedly delicate) force on his album which is the soundtrack for the re-issued 110 year old George Melies movie, Le Voyage Dans la Lune.

A colour version of the film is about to hit the world festival circuit, after being found in 1993 and painstakingly restored, and Air, who have some history scoring movies with Sofia Coppola among others, have contributed this music to the re-issue at the request of the film’s restorers. It’s a perfect marriage. The movie, which was directed by Melies as a comedy, does have darker themes to it too – the intrepid astronauts of the film fight with Martians and even take one hostage – so Air’s ability to meld dark and light into one piece of aural magic complements the film’s tone, and sounds as if it were always part of the cinematic masterpiece.

The music throughout this album is quite beautiful and sounds like the perfect accompaniment to your day dreams. Evocative day dreams at that. It is lush, rich and almost symphonic, and it feels as if you should be wafting above the ground as you take it in. “Lava” with its choral overtones being a case in point. It is all quite apropos since it is, after all, the soundtrack for a space-themed movie.

In that vein, it is a soundtrack full of blips, beeps and sonic playfulness. “Sonic Armada”grooves and soars in that breathy way that Air have raised to an art form. So too “Cosmic Trip” is also jam-packed with bouncy drips and plops – it’s the only way I can adequately describe the jaunty sounds they have woven into the fabric of this song – and zips along, sounding dark and haunting, and joyfully exuberant all at once.

Quite a feat but given Air’s pedigree, it’s not really a surprise at all. They are two very talented men, and inspired by an equally clever Gallic predecessor, have crafted a body of music that is likely their finest yet. This is a worthy addition to their canon, and the perfect accompaniment to the whimsy and genius of George Melies. 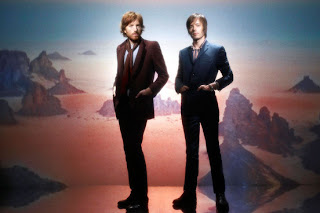