Skip to content
Bet you didn’t see that one coming as the first song I chose!
When people think of ABBA they invariably think of Dancing Queen, Fernando, Mamma Mia or The Winner Takes It All, and why not? They are all brilliant slices of sparkling pop, daring you not to like them…. and I do like them. 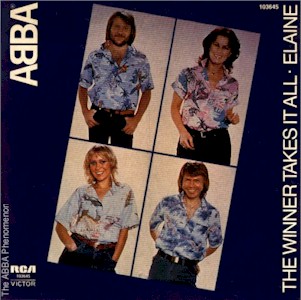 However, it’s ABBA’s more obscure songs that seem to have captured my imagination and my heart – songs like Elaine, which when I first heard it sounded indescribably dark, dangerous and almost raunchy to a very sheltered Baptist pastor’s son (not so sheltered now but it still has an edge)), not to mention threatening, desperate and sad, something that other earlier songs seemed to lack. But it seemed that as ABBA moved on with their career, their albums grew progressively more musicaly sophisticated, lyrically mature, and while they didn’t completely lose the sunny upbeat feel of earlier material, many of their later songs did dwell in the darker shaded areas of life.
Songs like Should I Laugh or Cry, which detailed a woman trapped in a relationship which seems to be equal parts frightening and darkly amusing, and The Visitors, which talked about dissent being crushed in a dictatorship. For some reason despite my eternal optimism, the darked and more troubled the songs, lyrically and musically, the more they captured my attention, and captured me with their emotional intensity. 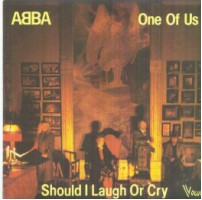 Most people may not have heard of them, and perhaps I am an ABBA tragic and gay drama queen who loves nothing more than emotional intensity ramped up to levels so high my heart bleeds hysteria, but I like to think that I am simply appreciating very good songs that speak to me, and never really got their moment in the pop sun.