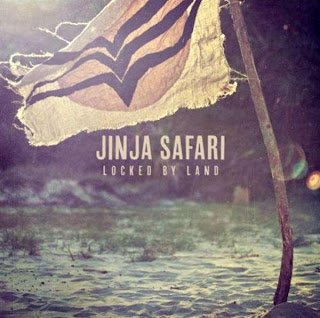 Is there such a genre, in this ever more musically fragmented world, as Rastafarian-Funk-Tribal? Because if there is, then Jinja Safari should own it hands down.

Not that that is the dominant sound on this wholly unique album. It also possesses some Bon Iver dreaminess, or the folk sensibilities of Mumford and Sons, or the rich melodic strains of Coldplay. But even with all these stellar influences, this is an album that treads its own alternative path and makes its own  much welcome statement.

It is, to use a completely subjective term, gorgeous. The harmonies alone, on  tracks like opening number “Sunken House” or “Mud” are sublimely beautiful and a delight to listen to. They don’t necessarily craft what you’d call conventional pop songs and that is the album’s greatest strength I think. Not that conventional pop songs are a bad thing per se; I love them but so many other artists are doing them to greater or lesser effect. 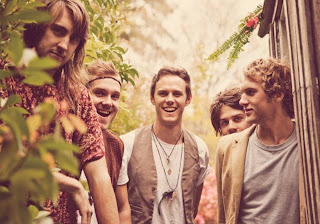 Jinja Safari’s often otherworldly floaty melodies, which flirt with equal mix of tribal funk and electronic sweeps, are a sound all their own, and in today’s ADHD world where attention spans are measured in nanoseconds, you definitely need to be your hoist your own colours to the flagpole and make sure everyone sees (or hears) them. But I don’t get the sense that Jinja Safari have done this as any sort of deliberate strategy to stand out from this cacophonous cyber melee.

Rather, they sound gloriously authentically themselves with a sound that sounds organic, natural and better still, consistently strong through the album. That may be seen as weakness by the gods of eclecticism who crave artists who dash from one experimental rhythm to another with frenetic urgency but it’s anything but for this clever band.

They have been blessed to find an alternative sound all their own that is rich, packed full of delicious harmonies and melodies, and contagious beyond all reason. You will dance, sing-a-long like a deliriously happy madman, and always to a sound that is wholly Jinja Safari’s.

And for that in a musically fractured world of copycats, and instant memes, they should be congratulated.