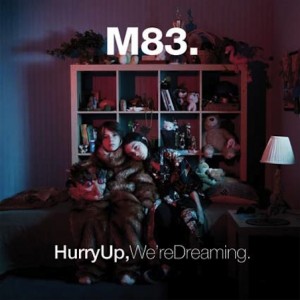 I love new music. It’s not out of some desperate desire to remain hip and relevant in my 40s because let’s face it that never works as a deliberate strategy and you end up only as an object of pity by pitiless Gen Ys.

No, I love new music because you discover startling new talent, luxuriate in melodies that either liberate your soul to dance, or ease it into a chilled place where the stresses of every day life no longer apply.

The joy of M83’s new album is that they do both. Their synth rhythms which owe an undeniable debt to the sort of 80s pop I grew up listening to, are a soul-satisfying mix of danceable joie de vivre, and the most luxuriously languid synth symphonies anyone could ask for. One track in particular, Raconte-moi une histoire (tell me story) is a smile-inducing swirl of bouncy melodies, soothing pace, and a sweet young child telling a story about a magical frog that transforms people into cupcakes, and creates millions of new friends instantly. It has it all, and it manages that rare feat – making me grin like an idiot on Sydney public transport without fear of scornful stares from my fellow train- travellers. 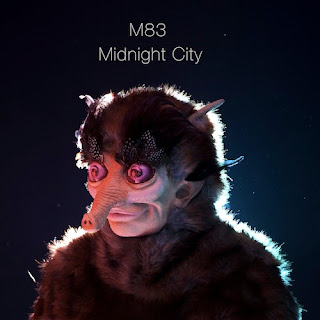 The thing that is so appealing about M83 is that they don’t mindlessly ape the 80s in some vain attempt to found pleasingly retro. Instead, it is an organic part if their sound – both the opening track, Midnight City, and the track that follows, Reunion, come out of the blocks redolent of retro synth beats, but very much creatures of 21st Century artistry. This is a rare skill – to appropriate the past without slavishly reliving it and M83 manage it in a way that is so pure and organic, you marvel at their skill.

The melodies are sublime and joyful, wistful and contemplative, and transport you to the sort of places a morning commute can’t take You to. That’s why I often listen to new albums on the morning train. If an album of new music, and I listen to so much of it that it must be distinctive to have a meaningful impact, can affect my morning commute mood (alert but been-there-done-that), then it’s definitely worth listening to.

This is that rare creature – an album of beautiful songs that isn’t earnest or so slow-moving that paint drying is lapping it, that mixes meaningful (but playful) lyrics with a childlike intent. It makes you want to dance for joy, smile at everyone passing you by (yes even on a morning commute thank you!), and it will make your day.

You can read a great bio of M83 (primarily Andrew Gonzalez) here.