What an odd movie. I mean truly odd.

Watching it felt like we’d entered the cinema late and missed the beginning, and then someone forget to tack the end onto it. Now I need to say straight off that I like movies that are more experience-driven than narrative-driven, since you get to immerse yourself in a world that is simply happening before you, and this can be immensely rewarding providing the movie gets the characters just right and the atmosphere just so. Meek’s Cutoff did that, and on balance, I think I liked it, but what it lacked was an overwhelming reason to be.

Yes, it raised all sorts of issues from racism to cultural ignorance to a blind faith in the destiny of anything Western, and by extension, Christian, and certainly gave you much to think about, but it did suffer from a lack of any cohesive storyline, and any resolution at all. I have watched many movies with ambiguous, or ill-defined endings but at least they ended. There was some sense in those stories that while the characters may not have resolved everything – when does life ever truly give you that luxury? – that they had at least arrived at a definable point in the journey. No such sense with Meek’s Cutoff which simply ended. 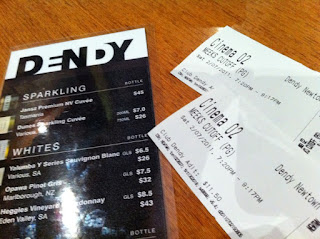 I have no doubt the director had some grand artistic vision which was likely to simply leave you with the sense you had accompanied these people on an epic journey – it takes place in 1845 as three families attempt to cross the Oregon desert guided by a man who clearly has no idea what he’s doing; eventually an Indian is forced to join their group, and is supposedly leading them to safety but no one ever really knows – and you got a harsh lesson in the grimness of life on the frontier, the ending smacked of creative laziness. There was not even a hint of any sort of resolution, even a blurred one, and I honestly felt ripped off.

As one wag quipped while the credits rolled, in reference to the film starting initially, playing a few minutes and then stopping (forcing a comical reboot on the cinema screen including Windows XP re-loading) , “I preferred the first film more.”  You and me both, brother, you and me both!