I love the expectation that hovers like a shimmering exciteable mist – anthropomorphising suspended fine water droplets is a new thing even for me but I think I like it – at this time of year when the new US TV shows are announced, ahead of the new season kicking off in September. As per usual, there are leading contenders breaking out from the pack, and if you happen to like them, you have to hope like hell that US audiences will like them too and keep them around. Some shows don’t even survive a few shows, and so very quickly expectant exciteable mist becomes a damp squib.


But I chose to believe that we will be drenched in a downpour rather than being consigned to a dessert of mediocre pop culture enjoynment and so I look forward to many years watching the following promising shows:

This is a very cool looking post modern fantasy drama whose basic premise is that the events in all fairytales are real, and that there is a bizarre underbelly to society populated by the weird and wonderful creatures from the stories. Making sure that these creatures don’t cause untold havoc, is a secretive family called the Grimms who have had as their duty over the century to act as the guardians of humanity against these creatures. David Guintoli stars as Nick Grimm, a police detective, who’s told by his dying mother of their family’s calling, and while he is shocked at first, he soon comes around when a werewolf attacks him and he is drawn into a case with eerie parallels to Little Red Riding Hood. 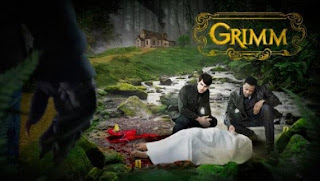 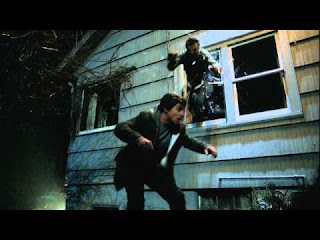 MY TAKE: Despite the Supernatural overtones, the angle this show’s angle that all fairytales are real incorporates a deliciously meta post modern flavour that really works for it. Part horror, part drama, part humourous if they can sustain the tone, this is a winner.

If this screams Jurassic Park, then that makes sense since Steven Spielberg, who produced said movie, is one of the executive producers. Starting off in an almost apocalyptic Earth in 2149, where the environment is spent, and mankind is slowly losing it’s fight for survival, it follows a group of colonists, including a family headed by Jason O’Mara (Life On Mars), not to the stars, but 85 million years back in time where dinosaurs roam, and most importantly, mankind has a fighting chance to start again. 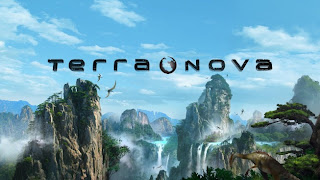 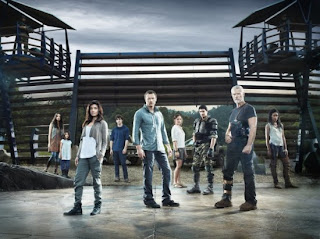 MY TAKE: If they resist the urge to reyl solely on the gee whix CGI dinosaurs and can create characters with depth who I can care about, then I am on board. My only fear is that even with Mr Spielberg presiding,  man known to bring heart and soul in spades to all his movies, and TV shows, the temptation to skimp on great characters, and engaging narratives in favour of “Oh look a T-Rex!” may prove too great. Hopefully the team behind this are made of sterner stuff.

Starring the quirky, comically gifted Zooey Deschanel (500 Days of Summer), this show looks like comedic gold, largely thanks to Zooey’s gift exuding wacky off the wall silliness while at the same time retaining an adorable, almost vulnerable sweetness. She moves into an apartment with three straight guys after she catches her boyfriend cheating on her, and while they initially agree to her becoming a roommate because she has friends who are models, they are quickly warm to her even as she exaperates and amuses them in what looks like equal measure. 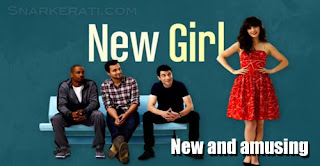 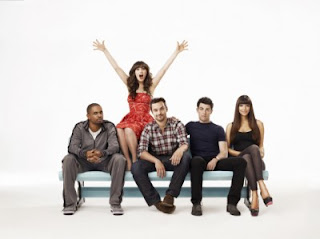 MY TAKE: If they can expand on the initial premise well – there is only so long you can milk the unlucky-in-love theme before it becomes tiresome and worn – then this show could do very well. Zooey Deschanel balances quirky with sweet almost perfectly and the rest of the cast sensibly dial down the wackiness and act as straight men and women to her goofiness. This has laugh-out-loud funny and sweet written all over it.

From the seemingly inexhaustible imagination of JJ Abrams, TV creative wunderkind late of Alias & LOST, comes an exciting new drama that posits that the 302 prisoners who were in Alcatraz, the most secure prison in the world of its time, at the time of its closing in 1963, weren’t so much moved to another facility as simply vanished one night into thin air, repairing one by one now on the orders of a mysterious organisation. Heading the investigation into what has happened exactly are characters played by Sarah Jones, who heads up the team, and Jorge Garcia, a ‘hippie/geek’ and foremost expire on Alcatraz. Sam Neill also stars as the head of an unnamed government agency that no doubt will have a major role to play going forward. 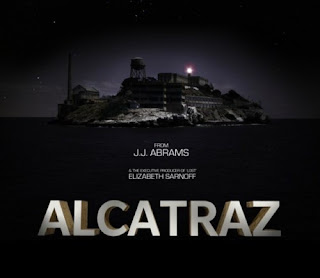 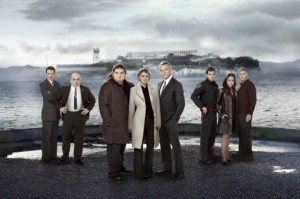 MY TAKE : Alcatraz is spooky. I thought so when I toured it – you can help but sense the ghosts of it’s dark past – and so did JJ Abrams. Unlike me, JJ Abrams has the means to to turn this sense of mystery and foreboding into what looks like a gripping, edge-of-your-seat paranormal thriller with conspiratorial overtones thrown in for good measure, leavened by the goofy yet well-informed bonhomie of Garcia’s expert. If it can avoid the traps of LOST, which while good, became too convoluted and mystery laden for it’s own unanswered questions good, then this show will be one to watch and watch obsessively with it’s obvious quality casting and storyline, inexplicable otherworldliness and post 9-11 conspiratorial flavour. This one has me excited!

A cop (played by Jason Isaacs of Brotherhood) wakes from a horrifying car accident to find himself living in two realities simultaneously – one in which his wife survives, and another in which his teenage son survives. Both realities are heart stoppingly real to him, and as he tries to sort out what has happened to him, not an easy task in this Inception-like drama, he begins to realise that to keep both the people he loves in his life, he may have to forgo his sanity, a price he admits he is fully prepared to pay. 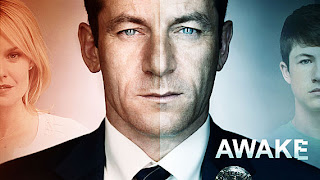 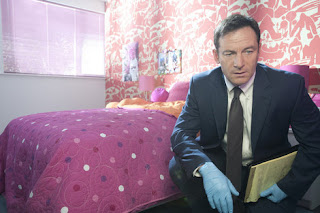 MY TAKE: I loved Inception! It was clever, imaginative, and cutting edge, and this show looks, from the brief glimpse on the trailer to have much of that feel to it, along with a healthy dose of down to earth humanity courtesy of Jason Isaacs, who manages to look both grimly resolute, and vulnerable all at once. The trick will be making sure that the show’s producers don’t get too clever for their own good, and keep the show accessable while they (hopefully) create a lavish, engaging mystery. But I think the initial premise is strong, and with a character as rich and emotionally nuanced as the lead, I think it will be well worth watching.
Part 2 coming up soon!