So there are more than 5 shows that have intrigued me? Well truth be told, the ones I featured in part 1 were my cream of the crop, A plus picks and time will tell how soothsayer-like my pop culture sensibilities are. Sometimes I jumped onto the zeitgeist bandwagon with my boots on, and ride away for 5 or 6 seasons, or more if I am truly blessed of innovative storytelling; other times, it is as if my love for the program dooms it with an unwatchability curse and it limps through 3 or 4 episodes before dying a cruel pixallated death.


Clearly I am hoping that (a) the shows I think will be good will be as good as they look, and (b) they will be universally loved and adored such they stay on the screen forever, which in modern programming terms is more than a few weeks. I can’t say I am as invested in these second tier picks but they show promise, glimmers of original programming, and they may yet prove to be stayers that last…

The Angels are back folks – played by Australia’s own Rachael Taylor (who frankly needs to step up the hair growing pace if she wants to match Farrah Fawcett’s runaway locks), Minka Kelly, and Annie Ilonzah – and accompanied by a far sexier looking Bosley (Ramon Rodriguez), and just like in the old series they aim to help the victims square off with those that seek to exploit them. 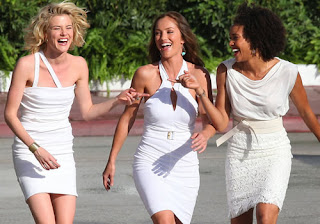 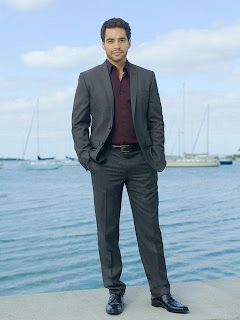 MY TAKE : I really want this to be edgy, sophisticated and clever, and a great revival of what was admittedly cheesy but fun pop culture junk food, but instead I fear it could end up going the way of Beverly Hillbillies the movie, or Bewitched the movie. The one thing that may stop that happening is that Drew Barrymore is executive producing, and she was behind the two revival Charlie’s Angels movies that, while they were by no means perfect, had an uber-cool feel and look to them, and if that sensibility is brought tob this show it may rise up above some the cloying lines that found their way into the trailer i.e. when asked if they’re cops, one of them replies “No, we’re Angels”. Here’s hoping the writers can remember that good writing is still required to underpin even the cheesiest of shows.

I HATE MY TEENAGE DAUGHTER

Two very funny ladies – My Name Is Earl’s Jaime Pressly, and Wonderfalls’ Katie Finneran (the latter being my favourite but only just) – bring this domestically-based sitcom to life. It centres on their struggles to raise their teenage daughters so they are nothing like the social misfits their mothers were at the same age; unfortunately this simply makes theie daughters just like the mean girls who tormented their mothers growing up. Epic fail, and hopefully epically funny. 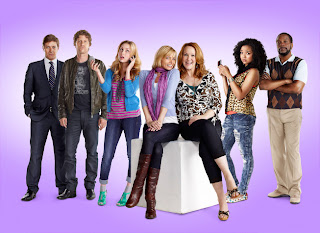 MY TAKE : The trailer at least is hilarious, thanks in no small part to the considerable comic talents of Jaime and Katie, and if they can avoid the one joke pony trap of the mothers really hate the daughters this could really work. The key will be mining the characters’ interactions for laughs, rather than just setting one “oh the teenager girls are bitches, poor moms! ha ha” joke after another which would prove tiresome and repetitive. If the sitcom can broaden it’s scope somewhat to also include some grounded real mother/daughter moments, however fleeting, it will definitely be worth watching long term.

ONCE UPON A TIME

From the producers of LOST, comes a very clever new post modern drama, where Snow White (Ginny Goodwin of Big Love) and the Evil Queen (Lana Parrilla of Swingtown) are not just fairytale characters but real people living in the deceptively sweet-looking town of Storybrooke, unaware of their true identities. Their only hope for a happy ever after ending is the arrival of Emma Swan (Jennifer Morrison of House) to town, who is staggered to find out she is also in the book of fairytales. 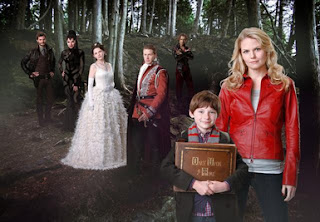 MY TAKE : This looks almost as good as GRIMM but it won it’s way into my first picks selection by dint of a more earthy storytelling style. This series one achilles heel, and it’s minor compared to what is a breathtakingly clever idea, is the sometimes melodramatic tone to some of the scenes. I hope it manages to balance the feel good idea of these characters discovering who they truly are – nothing is more attractive, or potentially saccharine-laced sentimental than anyone being robbed of anything, having it restored to them – with some truly gritty, edge-of-the-seat drama. If it manages that precarious balancing act, I will make sure this vaults into my must see list.

This is billed a modern take on parenthood, starring the comedically gifted Will Arnett (Arrested Development) and Christina Applegate (Samantha Who?) as the parents in question, and Maya Rudolph as the married-to-her-career boss of Christina’s working mum who, along withy her stay-at-home hubby grapple with the thorny idea of having it all. 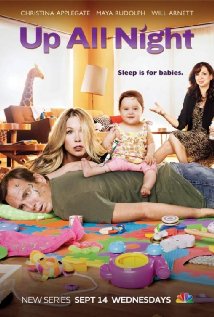 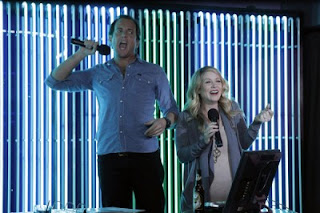 MY TAKE: I think this could very funny. Hilariously so. But I also worry it could tell all it’s jokes in the first episode or two, and be trapped in a very narrow storytelling arc, re-telling the same old jokes over and over till we all scream ‘yeah we get it, parenthood is hard!” Hopefully though in amongst all the jokes about baby poop, and lack of sleep, the show will actually try to grapple with the very modern idea of having it all, and if this is actually possible, or whether something needs to give. It is possible for a sitcom to be side-splittingly funny, and say something real and true, and I hope this show seizes on the opportunity.

Glitzy, soap-drenched look at life in the glamorous age of air travel, the 1960s, centred on the most iconic of the airlines at the time, Pan Am, and the men and women working for it.

MY TAKE: Call it the Mad Men effect but the 1960s are awash in style and glamour, and the perfect place for a soap to explore a society waking from the somnolence of the 1950s and coming alive. If it’s clever it will try to be sudsy and special, using this decade to explore and comment on the societal changes in a decade that really gave birth to the modern era. I like my suds with a good dose of this sort of social commentary and here’s hoping the producers (ex-West Wing) remember what really made their previous show, West Wing so good, and bring it to bear here.

For a great rundown on the full list of upcoming shows, check out this URL :