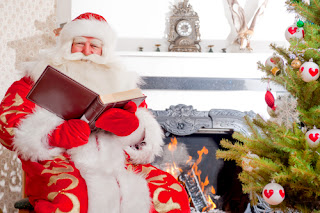 Years after watching the cinema and musicindustries fall headlong in love with Christmas, declaring their devotion witheach festive movie and album released, the publishing industry has finallyfollowed suit. It is pursuing a full-blown love affair with the season.Bookstores are awash with Christmas themed-books which, to the delight of theseason’s newest suitor, are selling very well.
Of course the Scrooges among us will abhor thistrend but the publishing industry cares not. No, what they are trying tocapture now are the Christmas tragics, like myself, who decorate the tree, deckthe halls, listen to carols, and watch It’s a Wonderful Life every year… andwho now, it is hoped, will buy books that add to their enjoyment of this mostmagical of seasons.
Since most of the festive diehards are women, itmakes sense that the biggest sector of this new literary love affair with allthings Christmas are books targeted at women. These books typically extol theredemptive power of the season, or at least the Currier and Ives version of it.Titles like An Amish Christmas by Cynthia Keller, Christmas at Tiffany’s byKaren Swan and Miracle on Regent Street by Ali Harris speak warmly of a lifetransformed by a festive epiphany.
But they are not the only category that is doingwell. Just like the movie industry has a Bad Santa for every It’s a WonderfulLife, so the publishing industry has books like Skipping Christmas by JohnGrisham that lampoons with comedic perfection the excesses of the season. Notat all Christmas romantics will appreciate these less-than-subtle send-ups oftheir beloved holiday, but many do, and the book and its ilk have sold well.
Personal memoirs with a distinct Yuletide flavorlike Holidays on Ice by the bitingly witty David Sedaris are also bringing inthose who know that Christmas can be an ordeal that does not end magically withsoftly falling snow, and smiles all around.
For many, Christmas can be a time of sadness orfrustration, and anyone with a gift for addressing that in a humourous way willcapture the hearts and the minds of those who know it’s not a perfect time ofthe year. Even some of the Christmas tragics will read these, admitting tothemselves in unguarded moments that all the Christmas lights in the worldcan’t make their family a vision of peace on earth.
So are these books worth your time, and will theyadd anything to your enjoyment of the season? We decided to review three of thethem, one each from the categories outlined, and see if the publishingindustry’s new found devotion to all things festive is a long term love affair,or just a, ahem, holiday romance.
An Amish Christmas – Cynthia Keller
Positioning itself firmly in thewomen-done-wrong-redeemed-by-the-magic-of-the-season camp, this book is not nearlyas schmaltzy as I expected it to be. It portrays a family in the depths offinancial ruin, facing the loss of all they hold dear, both personally andprofessionally. It resonates because so many people in the post-GlobalFinancial Crisis Western world are struggling to reconcile their dreams ofprosperity with the stark reality of their present lives. Christmas simplyunderlines how much they have lost, since almost all Christmas traditions takeplace firmly in the realm of first world prosperity. 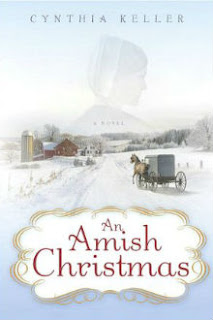 It’s this fact that makes the plight of Meg Hobart, suddenly impoverished just before Christmas all the more poignant. At a time when she should be celebrating the perfect life she thought she led, she finds it has slipped through her fingers, and Christmas simply makes it all the more painful. She has to return home to her parents, her marriage in tatters, her children resentful, and ends up stranded in Pennsylvania after a car accident. How much worse can things get?
Well, of course, they don’t. Yes life is still bleak but, taken in by the Amish, with their traditions of simplicity and hard work, Meg and her family re-discover what really matters, which is naturally forgiveness and love. Obviously this won’t appeal to everyone but you can understand why this sort of book is selling brilliantly. Put simply it offers hope that things can get better, and it trades on the idea that if it can’t happen at Christmas then when can it happen?

Skipping Christmas – John Grisham
The Kranks on the other hand, who are a family that decides to eschew the rampant commercialisation of Christmas for a Caribbean cruise. They are running as far from the schmaltz as they can. They farewell their daughter on her two-year assignment with the American Peace Corps, and look forward to ignoring Christmas altogether. 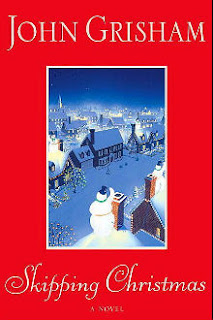 But naturally the best laid plans goes awry and, when their daughter announces she will be home for Christmas after all, they are forced to make a decision about which kind of Christmas they will celebrate. The traditional gift-laden one where not decorating your home is a neighbourhood sin, or the one where Christmas barely exists at all? John Grisham handles this dilemma with surprising comic ease, and you will laugh out loud as the Kranks attempt to untangle themselves from the morass of festive expectations that is the modern celebration.
The joy of the book is that it doesn’t trash Christmas, or the reasons we love it, but questions with delicious clarity whether we have taken things too far, and lost the very essence of what it is we loved about the holiday?

Holidays on Ice – David SedarisRegarded by many as America’s pre-eminent humourist, David Sedaris casts a withering eye over Christmas and finds it wanting, in his re-packaged holiday memoir collection, which also includes some short stories. His greatest strength is his love of subtle irony with which he dissects many of America’s holiday traditions with surgical precision. For instance his recounting of his time spent as an elf at Macy’s in the “Santaland Diaries” deftly shows how many people are so intent on ‘celebrating’ the traditions that they lose track of what it is they’re celebrating. As a commentary on the excesses of the American Christmas tradition, and by extension, American society itself, it is without peer. 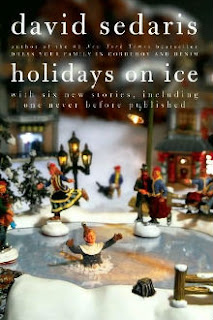 But what sets this book apart are the essays on family life such as the one where he recounts meeting the Çhristmas whore, a woman who somehow ended up in the Sedaris’s kitchen one festive season and was treated as reverently as Santa himself by a wide-eyed David and his siblings. It’s this recounting of his family’s experiences of Christmas placed side-by-side with his sometimes scathing accounts of Yuletide excess that give this book its unique take on Christmas.


I found it sentimental at times, plain snarky at others but always hilarious and it helps you to appreciate that Christmas, while possessing many lovely attributes, also hides a great deal of crap underneath its shimmering tinsel skirts.


I think it’s safe to say that, just like the movie and music industries before it, that the publishing industry will not be a fickle Christmas lover, and you can expect bookstores to be overflowing with even more of these books next year.


Ain’t festive love (and the profits it brings) grand?