Skip to content
This is my second album with this extraordinary album that beguiled from the first beautiful notes last year. So I thought it only fair that I review it this year and let you know why it is such an exceptional gift to the canon of Christmas music… 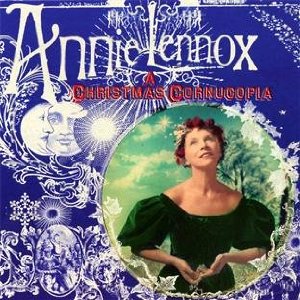 This is not a traditional album – though it is makes liberal use of folk-ish sounds, and is suffused with a lilting otherworldliness that entrances from the opening delicate first notes of “Angels We Have Hear on High” – nor though is it a progressive attempt at an 80s influenced 21st century festive statement, which you might expect given Annie Lennox’s pop heritage (Eurthymics, a stellar solo career.)

Rather it is at heart an album that celebrates the quiet joy of Christmas, a sense of spiritual contentment, and which showcases the subtleties of a voice that can also, if needed, soar to the heavens with power and punch. On this last point, there is no doubt Annie Lennox’s voice is an instrument all to itself, and she uses it to great effect on songs that call for a quiet joy, or a wistful longing, and simply a peaceful celebration of the season. But she also draws great strength and power into various songs, beginning slowly and building up to a soul-stirring crescendo as befits the season.

For instance, “See Amid the Winter’s Snow”which starts off softly before building in degrees to a passionate evocation to “song to all Jerusalem, Christ is born in Bethlehem.” Or “The First Noel”which begins with customary quietness before reaching skyward with spine-tingling effect on the final verse. And in the gentle whisper of “Il Est Ne Le Divine Enfant”she sings in French before a choir and light drums join her. Whatever the song, her voice is perfectly pitched, and I would defy anyone to take issue with a single note sung. 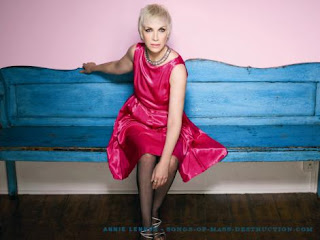 At the time of its release, however, Annie Lennox was criticised, somewhat bizarrely, for releasing an album that was “too religious”. At Christmas time. When Christ was born. Of course these days most people don’t acknowledge the religious underpinnings of Christmas (save for the odd carols by candlelight event), and since I have left the church it is no longer my central focus, but to be fair, it is a Christian festival, and if Annie chooses to pay homage to that, then that is her right. Besides, the album is so deeply sublimely spiritual, and yet so innately joyful, that it would be a hard heart indeed that would not be warmed by it’s rich, warm melodies.

This whole album is the perfect antidote to the hustle and bustle of the season, and after a day of rushing from shop to shop, or driving to see increasingly frazzle relatives, it takes you to a place of solitude and calm, a place where you are drawn into mystical, soul-soothing wonder. Religious or not, that is reason enough to get this album.