Skip to content
Eureka is quirky to its core, which is why I love it, and this episode kept the quirk factor as high as it could go, while still managing to be funny and touching in equal measure. 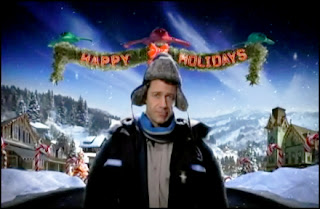 It’s a little unclear just when the events in “O Little Town” take place. They seem to exist in some odd place off the main time line of the show, and quite frankly may not have happened at all as we’re never entirely sure if Sheriff Carter is entertaining the kids with a far-fetched story (which really in Eureka’s delightful idiosyncratic universe isn’t so far-fetched after all) or relating an actual series of events. Whatever the time period, and whether it really happened or not is immaterial because this is one imaginative, delightful episode. 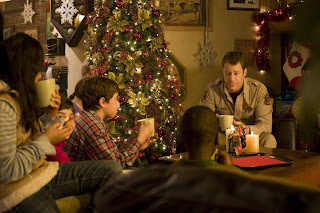 It features a Secret Santa who seems to know uncannily what each person wants for Christmas – Zoe getting an LP of The Clash’s London calling which she loves; while Alison, who loves Christmas with a passion (thanks to a spartan upbringing by scientist parents) gets pink fluffy bunny slippers like she had as a child – the return of Taggart, who while possessing the most overdone Aussie accent I have heard since The Simpsons Australian episode is over the top, engaging and full of life. He sparks up the show as he pursues his latest madcap quest – to track down the real Santa Claus who he convinced exists since he has a scrap of fireproof red cloth that was ripped off the suit of a man he saw near his Christmas tree as a child. He equips himself for his festive hunt with holographic reindeer, his own powerful sleigh (that is instrumental in saving the day as he and Carter go aloft to do what needs to be done to once again save Eureka), and a miniaturising ray that he believes explains how Santa can carry all those presents for all the kids in the world. 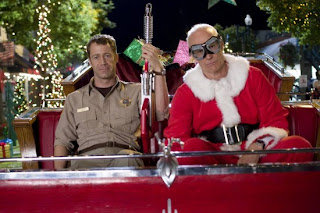 It’s a thread that runs throughout as the miniaturising technology places Eureka in all sorts of peril, and there are hints throughout that a mysterious scientist who no one seems to have heard of may, quite possibly, be the elusive St Nick. Taggart is convinced he is, and confronts him at the end but all “Santa Claus” does is wink and smile and walk off. You’re left wondering and that’s precisely how it should be, with the magic unexplained, and the mystery tantalisingly out of reach.

“O Little Town” does have its fair share of schmaltzy touching moments, and it’s been criticised for that, but I think the critics miss the point. Schmaltz is precisely what you should have in episodes like this. But more to the point, it needs to be anchored to impactful moments for the characters, and its here that the episode really excels. When Jo speaks to Zoe, with tears in her eyes, of her deep abiding love of Christmas (after putting on a “bah, humbug” act throughout) because she misses her brothers who are overseas serving in the armed forces, it reveals more of who she is, and is truly meaningful. Or when Alison speaks about her rational parents treatment of Christmas as just another mark on the calendar, she says she loves them and they’re good people, but that they inadvertently robbed of something magical growing up. Or Zoe mentioning to Jo that she’s glad they’re stuck in Eureka (thanks to the malfunctioning EM shield over the town) because she gets to spend the holidays with the people she truly considers family. 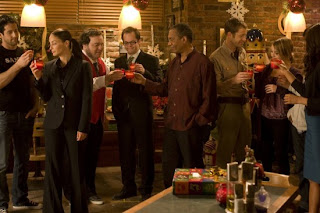 So any of the “corny” moments, if you want to call them, and frankly I think it misses the point if you do, speak directly to who these people are, what matters to them, and why Christmas, and saving it (which is what needs to be done) is so important to them.  Yes it is schmaltzy but schmaltzy with purpose and its balanced out anyway by the show’s trademark wit and quirky flights of imagination. It is exactly what you would want a stand alone Christmas episode to be, and it made me cry, laugh and feel warm and fuzzy inside, and that is, my friends, exactly what a festive episode should do.