That may seem like an odd question but hear me out.

Ever since Lt John Pike assured himself of almost instant viral infamy by pepper spraying peacefully protesting students at the University of California, he has been pilloried by Netizens who have gleefully ridiculed him for his controversial tactics. But while I can understand ridiculing a man who clearly should have thought through what he was about to do before he did it, and on one level, share the mirth of his many creative detractors, I feel uncomfortable making light of what is a serious situation.

Yes he exercised extraordinarily poor judgement, and I hope he is appropriately dealt with as any use of excessive force is to be deplored, but my concern is for the protesters, and the movement they are involved in. Specifically that while we are making fun of him, we are forgetting that what is happening at the University of California, and throughout the world, is the face of a serious worldwide questioning of what it means to be an active participant in today’s society. You may disagree vehemently with what the protestors stand for, and that is your right, but it’s a still a major shift away from the obsession with material prosperity that has characterised Western society through much of the recent decade or two, and should be eclipsed as a serious topic by a meme gone wild.

Perhaps I am being too precious, and I should be laughing harder and longer at this officer (I am amused, trust me, as my inclusion of some of the meme pics below illustrates) and his over the top tactics since ridicule is an age old way of highlighting injustices, and just plain stupid acts. But we also need to make sure that the viral campaign of ridicule doesn’t obscure the more series issues at play, and that the ridicule achieves its intent which is ultimately to hold this police officer, and the establishment hierarchy to account.

I love pop culture, and the way the internet has democratised debate of all kinds, but it has also trivialised all manner of issues when the ridicule effectively became the tail wagging the dog. I will laugh along with you pepper spraying cop meme propagators for you are doing a good and noble thing, but remember why you are doing it, and we can all laugh and then bask in the glow of justice done. 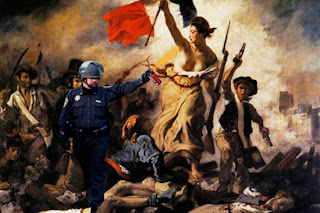 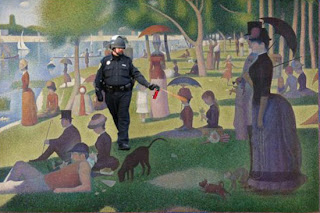 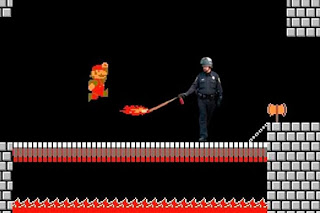 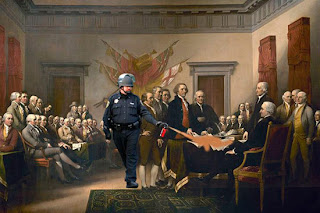 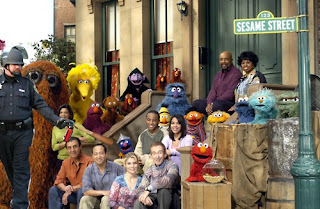 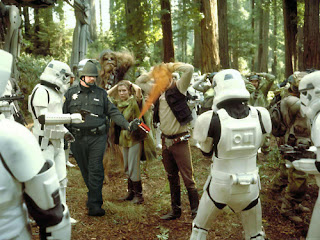 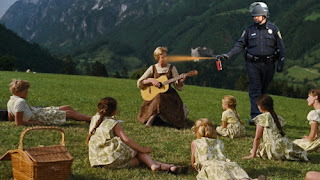 *A meme is “an idea, behaviour or style that spreads from person to person within a culture.” / An Internet meme is an idea that is propagated through the World Wide Web. The idea may take the form of a hyperlink, video, picture, website, hashtag, or just a word or phrase. (Wikipedia)