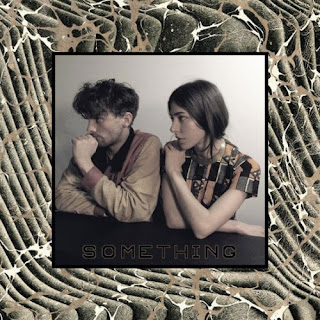 For Chairlift the 1980s, and its synth-drenched rhythm never really ended.

And no, I am not using their choice to put down creative roots in the heyday of Gary Numan, and Duran Duran as some sort of patronising putdown. It is anything but. Unlike so many other bands that draw inspiration from this decade, and get stuck there like sabre-tooth tigers in a musical La Brea tar pit, this talented Brooklyn duo use it merely as a launch pad into edgy synth-driven electronica quite of their own making. No fossilised “Rio” melodies lingering here.

On one level it is the sort of effervescent pop that makes you want to hum along, tap your feet and dance like a drug-addled monkey (they can really dance you know) to melodies so perfect it’s like they were plucked from the sky as if by sonic sleight of hand. The melodies are pure unadulterated gorgeous pop and they shimmer and shine like sequins on a drag queen.

Now just an anything-but-ordinary twosome comprising Caroline Polacheck and Patrick Wimberly, after the departure of third member, and founding band mate, Aaron Pfenning, they aren’t afraid to marry these shiny pretty melodies with quirky touches either. The perfect marriage, it must be said, of accessible melodies with flourishes so idiosyncratic they wear crimson French berets and cite Degas and Freud as influences.

In effect, they have achieved what so many before them failed to do. No, not the beret-wearing. Anyone can do that. No, I mean the merging together of artistic darling status with the sort of melodies that could dance across the charts as happily as a new couple in love. That is no mean feat, and the fact they can make it sound so effortless an achievement, suggests the prodigious amount of talent resting in these two hipster artists.

Songs like “Wrong Opinion” join in a very holy union indeed. Clanging bells, whispy longing vocals, and a moody but bouncy melody fuse into a song that leaps from the speakers, and dares you not to join in a joyful (yet oddly contemplative) waltz around some imaginary hip modern ballroom. It is edgy true, and slightly dark, but never less than sublimely pop-ish.

Similarly, “Amanaemonesia” wails and hollers to a bouncy tune so compulsively upbeat it makes Tony Robbins look like he’s on a downer. But at the same time, it makes references to “Spacing out in a nook and cranny / It’s officially uncanny / It’s a fish in a sea of granite.” Does it make sense? No, but does it matter? There is some vague sense of running away with someone she likes a great deal, all the time bopping along to music that makes you want to pack a small red suitcase, and run right along with them. 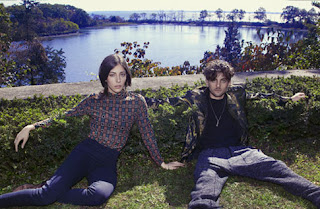 Still, if the prospect of dancing along endlessly to quirky clever feet-manipulating pop sounds a little exhausting, fear not lovers of pop so clever it must have a degree named after it. For Chairlift understand that pop lovers cannot live on exuberant movement alone; the cost of replacing your shiny ruby red slippers alone wouldn’t bankrupt you.

So they give you exquisite slow moving pop gems like “Cool as a Fire” which wouldn’t sound out of place on a Sarah McLachlan album (though simultaneously a creature all its own), with its breathy cries of regret of love gone wrong. It is poignant, touching, and has to be accompanied by the flickering light of a a dying candle in the wee small hours of a sad but accepting night.

Or “Turning”, a luxuriously beautiful but discordant melody that might be mistaken for an errant New Age were it not for the 60s-inspired ethereal harmonies that wash through it, over it, and ultimately into a languid afternoon of contemplation and softly chirping crickets.

So there you have it my hordes of grooving pop addicts. An album of gloriously good pop riches that knows an intoxicatingly beautiful pop melody when it hears it but hasn’t traded it clever, witty soul to attain it, very much staying its own quirky creation, berets and all.

Its true. The 80s are not that far away at all when Chairlift come a-calling, but it may not necessarily be the decade you might remember and that is the magic of their music.