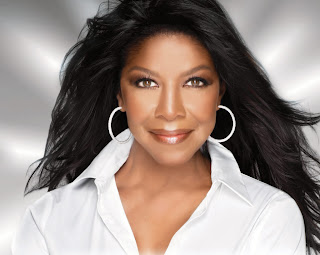 Natalie Cole is one of the most gifted singers I have ever seen live.

Yes, there I said. Ever. She’s right up there with Annie Lennox and Michael Stipe of REM as a singer with a voice so perfect that it takes your breath away. It was a joy to listen to each and every song, a revelation since I had had only limited exposure to this remarkable lady before this.

The truth is, my attendance at the concert was the result of a Christmas gift from my generous friend Fahmi. Every year he buys my guy and me tickets to a concert, which he naturally wants to attend as well, and this year we were lucky enough to experience the vocal delights of Nat King Cole’s talented daughter.

I knew her mainly from her loving tribute to her father – the duet of “Unforgettable” she released in 1991 on the album Unforgettable… With Love. This song, of course, was the centrepiece of a concert that ranged from the lush Big Band sounds of “Nice ‘n’ Easy” to “Route 66”, and “Somewhere Along the Way” to a song Charlie Chaplin wrote for her father, “Smile”. The beautiful part of this section of the concert was that she treated every song as an old much-valued friend, which in many ways they are. She grew up in a world where Frank Sinatra, Ella Fitzgerald and Sarah Vaughan were uncles and aunties and constant house guests, and these songs, so evocatively re-created by her in the Concert Hall of the Sydney Opera House, were the soundtrack to her life.

“Unforgettable” was the highlight and how could it not be? She dueted, by the magic of technology and a video screen filled with images of her father singing and Natalie as a child with missing teeth looking adoringly at her dad, and her crystal clear voice was perfectly in tune with her father’s original recording. It was spine-tingling stuff, and despite the fact she must have sung this duet a million times, there was a purity and joy to it that suggested the closest and loving of father-daughter relationships.

With her musical love letter to an obviously happy childhood concluded, she moved on, clad in a shimmering cream gown with gold brocade, her hair sweeping down in lush long locks over shoulder, and her smile warm and rich, to more recent hits such as “Pink Cadillac”, “It Will Be”, and “Miss You Like Crazy”. An acclaimed R&B and jazz singer, she ripped into these songs with gusto, the tempo of the concert shifted into high gear from the soft romantic crooning of earlier in the show, and the audience were on their feet, applauding and cheering.

Clearly Natalie Cole is well loved and you can see why. She sings with power and beauty, her band is supremely talented with her conductor in particular, Gail Deadrick, smiling so energetically you just knew she was having a great time (despite what must be countless performances since she joined Natalie Cole in 2000), and her song repertoire is astonishingly, breath taxingly broad.

Was she a revelation? Yes she was. I had her defined purely in terms of one admittedly extraordinary song, but when you hear her sing everything from Big Band songs through to sizzling jazz and R&B numbers, you realise what a consummate talent she is, and give thanks to the musical gods that she is around to entertain us so magnificently.