I think we can all agree (and by ‘we’ I mean every member of the human race, so encompassing is my forthcoming thesis) that someone, somewhere – insert your choice of deity/third world dictator/secret world society bent on domination and control being pursued by Angelina Jolie’s Tomb Raider character – has pushed the hyper fast forward on our lives, thrown in more and more sensory output till we feel like we’re about to explode in the manner of the glutton from Monty Python’s Meaning of Life, and is even now working out how to weave additional hours and/or alternate universes of experiences into the mix (too much Fringe perhaps? Is that possible?) till Outlook begs for sweet mercy…

All agreed? See, that was easy and took but a second from your crazy frantic existence. Right so, given that we are all time poor from pursuing our ludicrously busy first world lives, something has got to give right? Well you would think so, and frankly that would be the sensible option but if you’re a ‘I must experience everything I can’ pop-culture loving person like myself, then dropping anything at all is anathema. Everything must be read. Everything must be listened to. Everything must be watched… then blogged about (how ironic that I mention while, uh, blogging), talked about on Twitter, updated on Facebook, recorded on Goodreads and…. and…. BOOM! 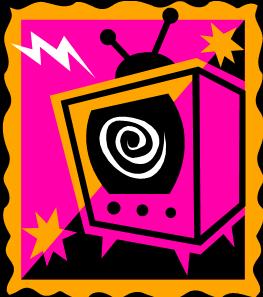 Now, you may think you know where this blog post is going. Social media has exhausted all of us as we rush frantically to and fro, stuffing our lives full into what we think are TARDIS-like suitcases (infinitely bigger on the inside for the uninitiated) and we must pull back, smell the flowers in a quiet field in Tuscany and reflect on the quiet beauty of just being with ourselves and our friends. If you though that, you’d be wrong, and clearly not as in agreement with me as I thought. (Or possibly I have constructed a vague and wandering thesis and should be shot at dawn by a cadre of fellow Tweeps).

No, what I am saying is, finally, is that I have decided that in order to have it all pop culture-wise, that I must pare down what I am looking at, hard though this is to do, and so, though it feels like I am leaving my pop culture out in the cold and dark to be picked by TV critics till they are no more, I am culling the TV shows I watch, and want to watch (ah, aspirational TV, you make me believe I can be a better TV viewer) and concentrating on those shows I can save. In practical terms, this means the following shows get to scramble aboard the lifeboat that I am jettisoning from the cruise ship of my life :

I CHOOSE YOU MY PRETTIES!

I have loved this show from the first episode, and while I know it has its detractors, and a wildly uneven second season which tested my loyalty, I love its sense of camp fun, the often wonderful song covers (not all of them work but kudos to them for giving it a shot), its treatment of some serious issues, and it’s Melrose Place-style dating merry-go-round. 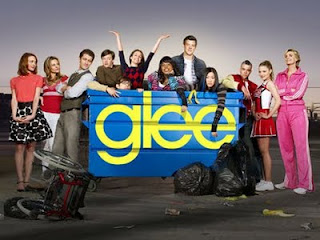 Yes, I have only just finished watching season 2 (shh don’t tell Ryan Murphy)– partly due to time pressures, and partly because I stopped at the Funeral episode fearing it would be too sad – and I have only managed to download the first three episodes of season3 so far, but it stays because every lifeboat needs glamourous discussion of important social issues, and Britney uttering the sort of bon mots I want to memorise and repeat to anyone who will listen (except on Sydney public transport where you just look weird if you try it.)
BIG BANG THEORY

So much geeky fun and some of the wittiest scripts and best deliveries I have ever seen in a sit com. Plus they manage to actually bounce the humour off the character interaction without resorting to cheap laughs. Even when there are cheap laughs, it makes sense in the context of who these people and what their world view is. I laugh out loud multiple times in every episode (a rarity these days) and if you’re marooned in the lifeboat of life, you need an engaging, intelligent, humourous clown, or a posse of them.
FRINGE 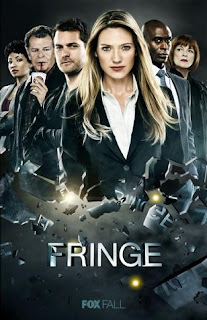 This show, which started slowly like the X-Files on some particularly ineffective Valium, shook off its initial lethargy and spent seasons 2 and 3 becoming a creature so original, clever and engaging with characters that made sense and were a treat to spend time with, that I can only hope it lasts forever. It won’t of course but while it does, I will be watching for dear life, and hoping the show gets to paddle on for as long as it can.
THE BIG C 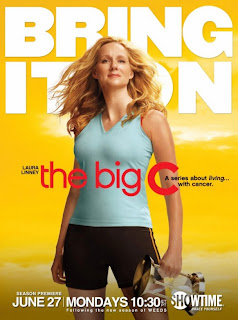 Laura Linney rules! She plays her role with sass, fun and a sense of bluntness that is refreshing. She is dying from cancer damn it, and you can’t sugar coat it, or hide from it, so she won’t and it results in a show that is heartbreaking, hilarious and deeply insightful all in the space of a 20 minute episode.
I have had season 1 gathering a very unfashionable coat of dust for ages, having heard it was a gem of a show but only really got into it when my housemate played me some season 2 episodes. I was intending to watch one and watched a bunch of them, and if I am going to paddle out into the sea of life, I need no-nonsense Laura along for the ride!

I love quirky shows set in wacky small towns full of idiosyncratic people, and no one does it better than the producers of this show who have crafted a show that bristles with intelligence – it is about the people working for, and near the world’s foremost scientific facility after all – wit, and characters that are well rounded and not goofy parodies. 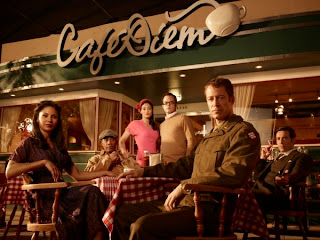 I know its been cancelled and frankly this has caused me much grief (for which not even copious amounts of Lindt chocolate were sufficient as a salve, if you can believe it) but I am only four episodes into season 3, so it will quite some time before the show shuffles off its broadcasting coil, and I am forced to sadly and with much ceremony push them out of the lifeboat.
So the lifeboat is reasonably full at this point right? So the sensible thing would be to call it quits at this point, set some wine and nibblies on the coffee table, adjust the air con (I don’t buy slum lifeboats, trust me) and let my witty, clever boat guests shock and awe me using their awesome powers of pop culture entertainment. But picking my five favourites  is akin to Solomon trying to split a baby in two – for the Biblically unversed, he didn’t actually go through with it so you can all relax – so I plan to have some shows swimming gamely alongside the lifeboat, which will be let in from time to time to sit with the Favoured Five and sup at the big kids table. Which lucky shows, which will need to be able strong of limb and swimming technique have made the grade? Why these ones, good people:
WAREHO– USE 13 – So much fun! The two leads have fantastic chemistry; the storylines are inventive, and the quirky vibe just what the left of centre doctor ordered. 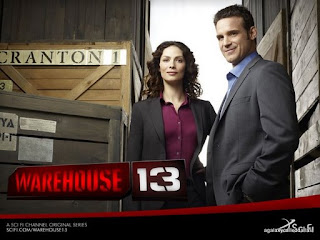 MODERN FAMILY – Who knew you could re-invent the family sitcom and make something heart warming that doesn’t insult the intelligence and is witty into the bargain? Well you can!
TERRA NOVA – It is still sailing uncomfortably close to warm and fuzzy family moments for my liking and need some shades of darkness but I hope to keep this one in the loop. 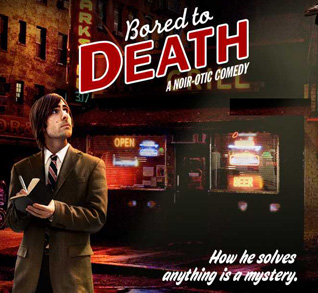 HAVEN / IN TREATMENT / BORED TO DEATH – I bought the DVDs but I have not watched. I wish to, I really, really do. REALLY….. REALLY.
Now, I know you must be wondering – apart from when is this never ending post, um, ending, of course – is who has been mercilessly, yet with regret, tossed adrift into the chaos of the pop culture never to be seen, at least by me again? Why sadly, and I do regret this greatly, MAD MEN, WEEDS and PSYCH. They are all wonderful shows, the first two damn near magnificent, but I will never have the time to watch them from scratch in the right order, and so they must go, and maybe in some far distant time as I wait for my sago pudding to arrive in the nursing home, I will find the time, drool hopefully not trickling down my aged chin, to watch these shows, and make up for this horrible decision I have had to make. 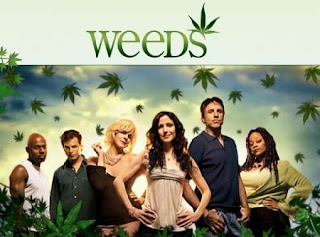 For now though, I need to concentrate on jumping overboard and taking my precious cache of treasured shows with me onto my pop culture lifeboat and hoping against hope that life slows down enough that there aren’t any more casualties …